A Shared Love and Lasting Legacy

A Shared Love and Lasting Legacy 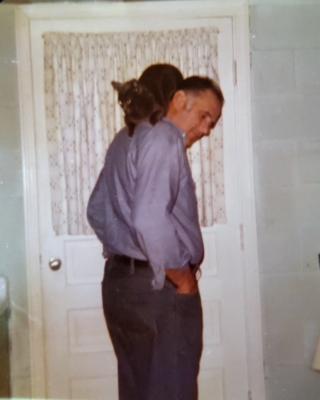 One of the many ways that generous animal lovers in our community support Animal Friends is through estate planning. By leaving a gift in a will, trust or other account, donors have the opportunity to make a lasting impact while leaving a legacy behind.

This past year, we received word of an incredibly generous planned gift from Joe Bagalini, a quiet but compassionate man who mostly kept to himself, but whose love of animals was undeniable. Joe, along with his late wife Laney, included in their final wishes the intention to leave their entire estate to Animal Friends. While we did not have the opportunity to get to know Joe and Laney during their lives, we had the pleasure of hearing stories about them and their love of animals after their passing.

To share their story, we reached out to Patti, Elaine’s half-sister …

When Elaine Macio (known to all as Laney) met Joe Bagalini in the 1960’s, they found they had several things in common: they were both born and raised in Beaver County and they shared a love of animals. They also both were raised by hardworking, first-generation immigrants from Italy, Joe by his parents and Laney and her older brother Warner by their paternal grandparents.

Warner recalls that he and Laney did not have pets growing up and does not remember any specific incident involving animals when they were children but knows his sister loved cats all her life and always had several of them once she lived on her own. 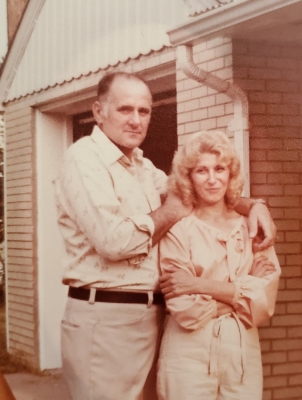 Joe never mentioned having pets as a child either and given that he was born in 1930 at the beginning of the Great Depression, it is unlikely his parents could have afforded a pet. Joe did not have a happy home life, so he lied about his age to enlist in the Army in 1946 when he was only 16 years old. He served overseas for 18 months and was honorably discharged. He later became a Constable in Beaver County.

After Joe and Laney married, their home always had several cats, usually Siamese, and a black dog that Joe named Paisano and who was called Pi for short. The cats stayed in the furnished basement sitting on top of bookcases or under a table while Laney cooked or they watched television. They would tolerate cuddling from Laney and Joe but never came close to visitors, only watched from a distance. The cats and Paisano accepted each other and became friends.

Laney and Joe loved other types of animals as well including horses, bunnies, chipmunks and birds. They were always purchasing day old bread from the stores and would put it out for the birds every day. In the winter they even purchased 25-pound bags of bird seed and would spread it out on the snow so the birds and squirrels would never go hungry. They did this every day, never missing a day regardless of the weather. Even after Laney passed away, Joe continued to make sure there was food available for the birds and squirrels, every day. When Joe was recovering from heart surgery in the last year of his life, he continued to make sure the animals were all well fed. When I asked him why he would go to such trouble, he said “the birds gotta eat, too.” 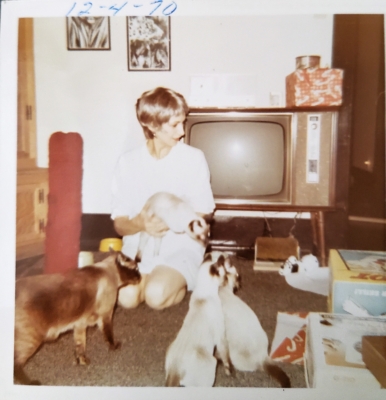 After Laney died in 2013, Joe did not replace his dog, Paisano 4, when he passed, but continued to have a cat as a pet until the time of his death at 90, a friendly stray that was named Mustache, who now has a new home with a neighbor.

Joe and Laney had a lot of love to give, and I believe that since they did not have children to nurture, they gave their love to animals. The animals responded to the love Joe and Laney showed them and returned that love wholeheartedly and unconditionally. Everyone in Laney and Joe’s family always knew that when they passed, their estate would go to an organization dedicated to helping animals because their whole life was devoted to loving and making a home for animals of all sorts. Animal Friends is the organization they chose together to continue their legacy of loving and caring for animals.

“I tell everyone that I know to check Animal Friends if they are looking for a pet.”