And They’ll Live Happily Ever After: The O Pits 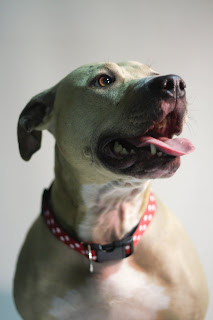 They came to Animal Friends as shattered souls—used and discarded. They left as dearly-loved friends and beloved members of new families. They are the O Pits, and this is their story.

In September, 2008, Animal Friends’ Humane Officers were called to a horrific scene. Multiple Pit Bulls were caged in crates in a dark basement or tied outside with thick chains. Many showed signs of physical injury, some needing emergency surgery. All showed signs of emotional distress.

These dogs were quickly and efficiently removed from the scene, evaluated and administered medical treatment. For the first times in their sad lives, they were then given somewhere safe to lay their heads. Finally, they mattered. We gave each of them a name that began with the letter “O,” and they became our “O Pits.”
Weeks became months while the dogs’ fates were tied up in the courts. They were considered evidence in the case against their owner, a dogfighter. Finally, thanks to the efforts of a special volunteer prosecutor for Animal Friends, the dogs were surrendered to our custody and the true rehabilitative work could begin.

Each dog was assigned to a team of staff and volunteers. These teams introduced the pups to a world they had never experienced before. They learned the pleasures of walking on a leash, strolling through the grass and playing in the snow. They realized that the touch of a human hand could be a good thing, and were introduced to the pleasures of belly rubs. Slowly but surely, their worlds opened up and they began to blossom.

It was now time to find them homes. Each dog had a specific set of needs. O’Bannon was nearly deaf due to long-untreated ear infections and subsequent surgeries. O’Fallon had been injured and was covered with scars. O’Mara needed to learn how to appropriately greet people. O’Hara, O’Smiley and O’Ney wanted to be only dogs in their new homes. O’Malley, the youngest of the rescued dogs, needed to learn how to trust. O’Doogie needed someone to appreciate his boyish good looks and boundless energy and O’Neal needed a family to help her continue to heal from her injuries.

In time, the right families for each of these pups came along. Each left Animal Friends and hopped into their new families’ cars to the sound of applause. 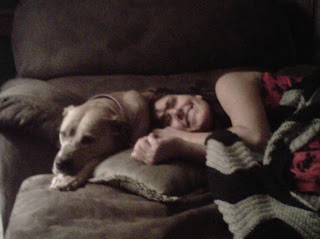 But then—just this July, O’Hara’s life changed again. Her owner, faced with no other option, had to give up the dog she loved so much. We welcomed O’Hara back with open arms—happy to see her but determined to find her a permanent home once and for all. 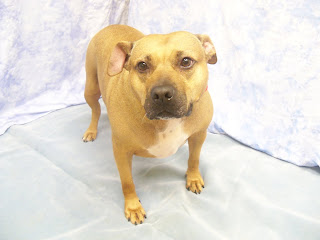 We will find that home—maybe even yours?—and finally write the happy ending to the two-year-long O Pit saga at Animal Friends.

All of the O Pits will remain forever in the hearts of those who have helped them make this transition… as will the wonderful families who have given them a chance at the lives they deserve. Thank goodness Animal Friends was there for the O Pits!