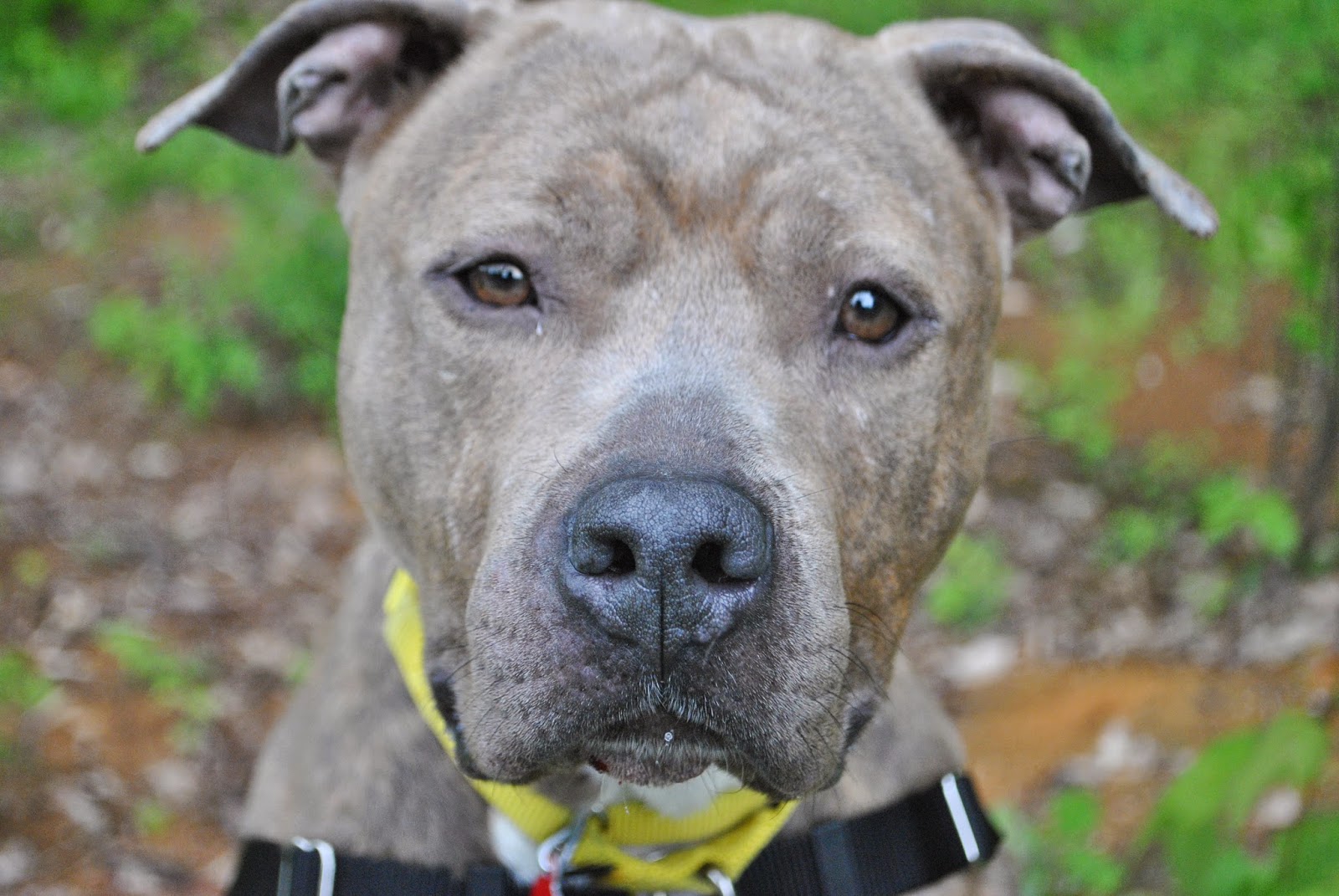 Magic, formerly Mulligan, first became a member of the Animal Friend’s family in March 2012 after he was confiscated from his previous owner.  Although the transition to a shelter environment can be difficult for a lot of our furry friends, Magic never let that get him down.  In a short time, his good looks and wonderful personality had helped him find what everyone hoped would be his forever home.
He lived happily with his new adopter for a few years, before life threw Magic another curve ball.  His owner, a citizen of the United Kingdom, faced deportation.  She would have to move back to the UK and remain there for a minimum of two years.  Unfortunately for Magic, the American Pit Bull Terrier is a breed not welcome in the UK, and all efforts to make him exempt by having him registered as a “service animal” failed.  Magic’s safest option was to return to Animal Friends.
Since his return, Magic has been doing what he does best—catching up with his old buddies and making new ones.  He loves car rides, long walks and playing with his four footed friends (of the canine persuasion).  He continues to be a great ambassador for his breed, and he is waiting patiently for his next opportunity in a loving home.
To help animals just like Magic, donate to Animal Friends’ 31 Days of Compassion here: www.ThinkingOutsideTheCage.org/31Days. Without your support, important programs like Humane Investigations would not exist. Because of your donations, Magic has a second chance.
This entry was posted in adopt, adoption, humane investigation, magic, mulligan, pit bull. Bookmark the permalink.