Lately, some of our kennels haven’t been as full as they normally are. Many of our animal residents have found their new families and some are spending time with our incredible foster volunteers. When COVID-19 made it difficult to bring all of our volunteers and staff on-site, we knew that we would have to make some adjustments if we were going to continue to care for the hundreds of animals in our kennels.

Shifting our focus to a foster-based program meant that less staff and volunteers would need to be on-site to take care of the animals. And, it provided some great one-on-one socialization for them, too! It may have seemed daunting at first, but it quickly became clear that finding fosters for many of our animals was a manageable task, thanks to our incredible Animal Friends community. 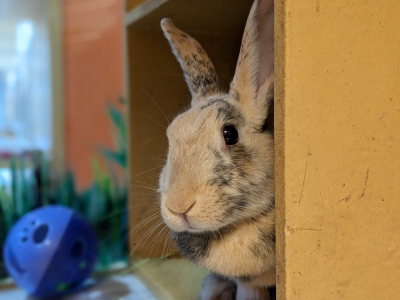 In just a few months we had increased our total number of foster volunteers to over 200! By the time we entered 2021, that number had climbed to 300 dedicated foster volunteers. There are so many benefits of foster homes for our cats, dogs and rabbits. They provide a low stress environment, specialized care, enrichment, routine and so much more.

One of the most exciting outcomes of fostering is what many call a “foster fail.” If you aren’t familiar with the term foster fail, you’re not alone. How can failing at being a foster be exciting? The term “foster fail” is animal shelter lingo for when a foster volunteer who intended on returning the animal when they were ready to be adopted, falls in love with their foster and decides to make them a permanent member of their family. The result has to be one of the happiest instances of failure out there. Since March of 2020 we have celebrated 68 foster failures!

Thank you so much to all of our incredible fosters and happy tails to their new four-legged family members! 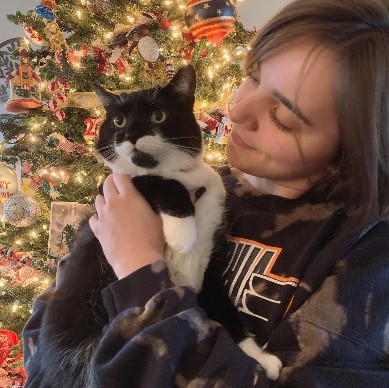 Batman – Batman was a special needs kitten who was going to require a lot of extra attention from his future adopter to keep him healthy. Luckily for him, he didn’t have to look any further than his foster mom, Maddie, who fell in love with his spunky attitude and decided to make him a permanent member of the family. 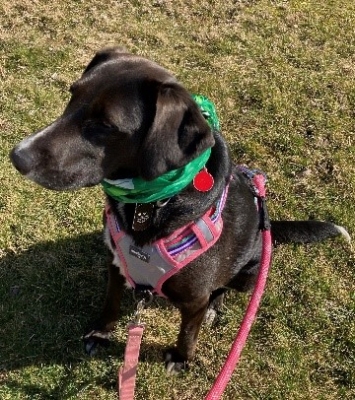 Zoey – Zoey came to Animal Friends in January of 2020 and she spent time in a few foster homes during her time with us, but she hit the jackpot when she made her way to the home of one of our dedicated dog walking volunteers, Ruthie. After fostering Zoey for 142 days, Ruthie decided to make it official and adopted her.

Elliot – Elliot was born in foster care after staff member and foster mom, Alex, took in his pregnant mother. She helped the first-time mom take care of her new litter of three kittens and worked hard to make sure they were properly socialized, but when the time came to put them up for adoption she just couldn’t part with little Elliot. 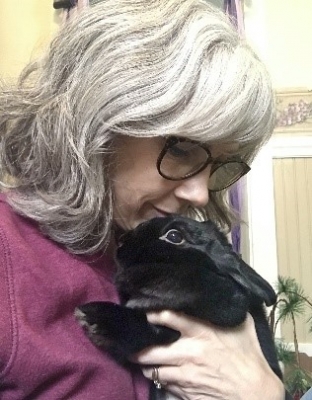 Squish – After losing her sweet dog Daisy, Karen found herself with an empty nest at the start of the lockdown and decided she would open her home to a rabbit in need of a foster. Squish was shy at first but became more curious and playful with each day she spent in her new foster home. When Karen was asked to help write Squish’s adoption bio it was quickly decided that no bio was needed because Squish was already home!