I am The Lorax

I am The Lorax

In March, a beautiful senior kitty named The Lorax was surrendered to us. Unfortunately, his owner could no longer care for him or the other cats in the home. When he arrived, our Admissions team was told that The Lorax was FIV positive. FIV (feline immunodeficiency virus) is a retrovirus that can weaken a cat’s immune system and is commonly seen in cats who have lived outside as strays.

Given this information, and knowing The Lorax was entering his senior years at ten years old, our Medical team wanted to do some additional testing. The tests concluded that The Lorax was in overall good health, but he would need a dental procedure to keep him feeling his best. The surgery resulted in the removal of almost all of The Lorax’s teeth and he spent several weeks recovering. During this time, many of our staff and volunteers would socialize with this sweet boy and helped him find a diet that would work best for his new (toothless!) lifestyle.

After a successful recovery, The Lorax was ready to find his new home. Several weeks passed and many people came in to see him, but The Lorax was having trouble finding his perfect match. Then, in early June, his entire life was about to change. A wonderful couple who had recently lost their senior kitty came in to meet some of our cats. The Lorax’s distinct markings and beautiful face first caught their attention. But once he comfortably settled on their laps during the meet and greet, they knew they had met their new best friend. 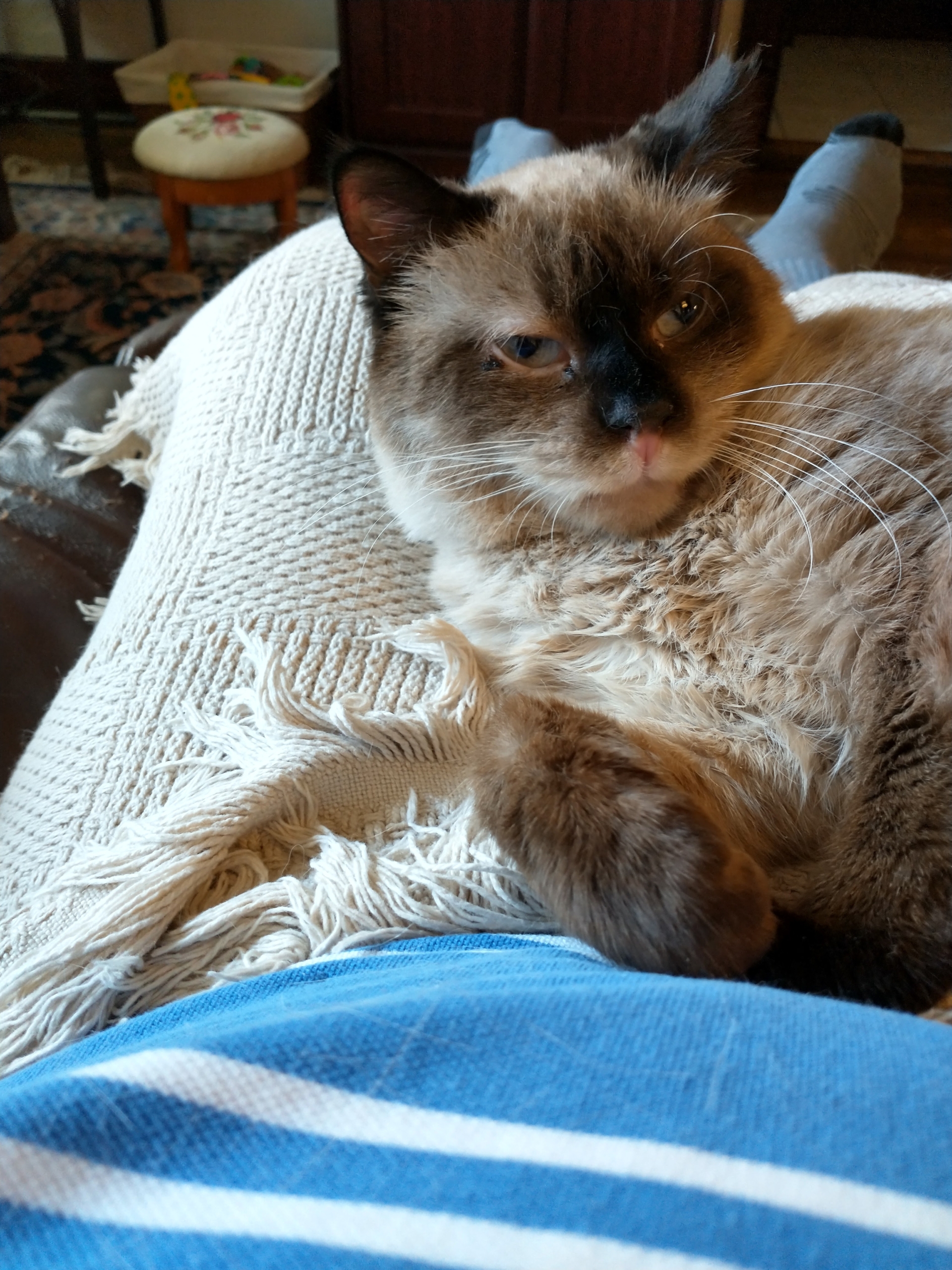 Once at home, The Lorax (now Max) received a new name with his new home. At first, Max was a little nervous with the unfamiliar surroundings and he did not always want to interact with his new family. But patience and continued love and care allowed Max to feel comfortable on his own terms. He started by sitting next to them on the sofa, then curling up by their feet and now he loves to take naps with his new family while they give him scratches under his chin.

No matter where they come from or what special needs they may have, every animal who comes to Animal Friends is looking for the right home for them. It may take a little bit of time for them to find the perfect match, but when they do, it is worth everything. We are so happy to know that Max is living his best life, especially in his golden years. Happy Tails Max!


“We got our baby girl Maya there over a year ago and had a wonderful experience!!! They were friendly and helped us adopt our fun, vocal, sassy beautiful girl as a member of our family.”


“Very caring and friendly staff! The dogs and I love it here!”


“Animal Friends is the most sophisticated place to adopt a new pet. If ever I plan to expand my furry family, I will go to Animal Friends to find him.”


“Excellent dog training classes!! Fun for doggies of all ages!”


“I had dropped off my cat to be spayed, very friendly staff, I am confident they will take excellent care of her.”