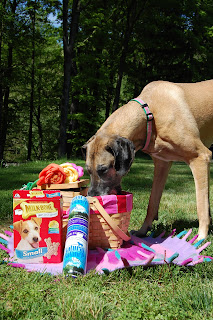 By the staff at PetagogyWhen choosing a pet food, the most important thing to do is to read the ingredients list. Quality and nutritious foods for both dogs and cats should have a named animal protein (like chicken, salmon, or lamb) or animal meal (like chicken meal or lamb meal) as at least the first two ingredients. Beware: many pet food ingredients SOUND fine, but may not actually be good for your pet. Here’s a list of a few ingredients you may find in your pets’ grocery store or large commercial brand food:Animal or meat by-products – By-products usually consist of rendered and ground animal carcasses and parts including heads, brains, bones, feet and intestines. By-products are a cheap source of poor quality protein and are often sourced from “4D” animals, roadkill, euthanized animals or restaurant waste. Further, meat by-products can contain tumors and other diseased meats that are declared unsafe for human consumption.Artificial colors – Just like in human food, some companies use dyes to color foods, including Red #40, Yellow #5, and Yellow #6, to mimic the color of fresh meats and other ingredients to make the food LOOK more palatable. These have no place in pet food.Brewer’s rice – Brewer’s or “broken” rice is the dried extracted residue of rice resulting from the manufacturing of wort (liquid portion of malted grain) or beer. Brewer’s rice is an inexpensive form of carbohydrate and does not contain the full nutritional benefits of whole grain brown rice.Corn, wheat, and soy – These ingredients sound nice and healthy to humans, but corn, wheat and soy are common allergens for dogs and cats. Although they are poorly digested by pets, they are often used as a cheap (but incomplete) source of proteins in inexpensive foods. Limited corn and wheat can be acceptable in some pet food as long as it’s not one of the main ingredients (the first five to eight on the label) and your pet is not allergic.Corn gluten meal – This is the dried protein by-product from making corn starch or syrup. It is used as an inexpensive source of protein, but is an incomplete protein source for carnivores.Sugar – Sugar comes in many forms in pet foods, such as corn syrup and beet pulp sugar. It’s used to increase palatability and as a food preserver, but it can also lead to diabetes and weight gain in pets and contribute to behavioral problems like hyperactivity.So, what ingredients should you look for?
Ingredient labels list foods in the order of how much of that ingredient was used to make the food. So, the first five to eight ingredients are the most important, since they make up the bulk of the food’s content. Named animal proteins and meals should always be at least the first and second ingredients in your pets’ food, followed by whole fruits and vegetables, whole grains (like barley, oatmeal, brown rice and quinoa) and named fat sources (like chicken fat, salmon oil and coconut oil). Additionally, ingredients like pumpkin, chicory root and blueberries are great sources of fiber, prebiotics and antioxidants. Poor quality food will often result in health issues such as poor digestion and diarrhea, hot spots, itching, dandruff and other skin problems, lethargy (due to poor nutrition) or hyperactivity (due to sugars and simple/processed carbohydrates), oral and dental health issues, and joint and weight problems. Be sure to always look at ingredient labels when buying your pets food, or visit smaller, independent natural pet stores (like Petagogy!) where the staff is trained to assist customers in choosing foods.

Petagogy specializes in premium and natural pet foods, treats and supplies for dogs, cats and small mammals. Petagogy is located at 5880 Ellsworth Avenue in Shadyside. Store hours are Monday through Saturday from 10:00 am to 8:00 pm and Sunday from 11:00 am to 4:00 pm. www.petagogypgh.com

This entry was posted in pet food, petagogy. Bookmark the permalink.