And Then My Dog Showed Up

By Jolene Miklas, Director of Communications
I adopted a dog this year.
It’s not a big deal, I know. Especially because I work at Animal Friends. You’d think I’d be tempted to adopt dogs every day.
But I wasn’t tempted, because I know that our dogs go into wonderful homes. And because I live with a cat, and we have a cute, quiet routine. For the past 14 years, my cat has been my sweet sidekick. That seemed like enough.
But then Animal Friends’ Humane Officers rescued Porter, a sad, sick little Beagle. I met him, and it hit me—I could feel it with my whole heart.
Porter was my dog.
I wasn’t expecting a dog to show up in my life, and I didn’t even think my urban apartment was ready for a Beagle. I’ve worked at Animal Friends for a decade now, and watched thousands of adorable dogs go home. I’d had plenty of favorites among them. But one thing was certain: if I let Porter leave with someone else, I’d be making a huge mistake. I would lose my dog forever.
So I adopted Porter, and now our lives will never be the same. I get to take care of him every day, and I hope I get to watch my little guy grow old and gray.
But the best part is watching him become who he is. Porter spent his first four years in an abusive home. When I met him, he was shy, tentative and wouldn’t look me in the eye. Over time, he has learned to trust me and has gained more confidence. Now he has a personality, goofy habits, and even (I think) a sense of humor.
And when I look at the photos I took of him when we first met, he looks like a different dog to me. Because he wasn’t Porter yet. He was just a neglected, insecure little soul—an empty vessel, of sorts. 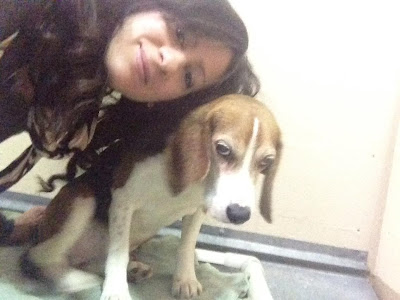 But every day, he settles into his routine and his innocent, sincere personality. He discovers things that he likes and he develops preferences. He’s learning how to behave, and why. He’s learning what it’s like to be loved. And he loves me back…that I can tell.
He’s Porter now.
Lucky, lucky me! 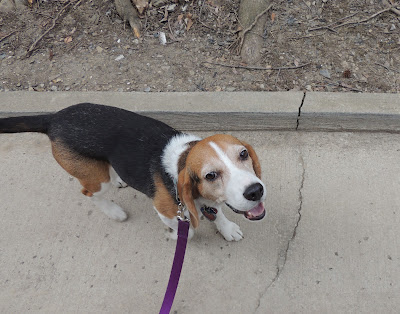 “I'm glad that we got our kittens from a place that loves animals as much as we do. Thank you!”