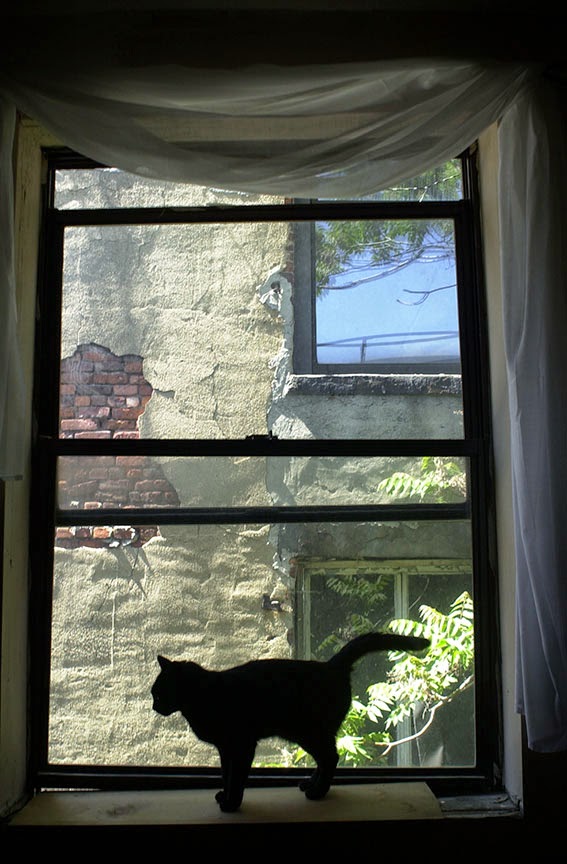 It was supposed to be a lighthearted story about black cats and why they’re such a part of Halloween folklore. But the story soon grew serious, and I ended up writing the article more as a warning than entertainment.

I was working for a newspaper in Myrtle Beach S.C. We had a special Halloween section planned for the October 31st edition, including information on neighborhood gatherings, shopping specials, bar celebrations and a few stories about the history of the holiday. Even though I wasn’t a cat lover at the time, I decided to take the black cat assignment. I thought it’d be easy, but it ended up changing my life.

For my first interview, I headed to the local Humane Society. I had a good relationship with them because I frequently photographed the weekly POWs (Pets of the Week) for the paper. Plus, I was a volunteer dog walker on my days off.

“Black cats? This time of year? No way,” I remember the manager saying.

“To be honest, we don’t adopt them out all in October. And sadly, that’s when people ask for them,” she said slightly choked up. “Unfortunately, we have a hard time adopting them out any other time of the year. It’s that bad luck stigma they carry.”

When I asked why she didn’t adopt them out in October, she said the police might have a better answer. I headed to the station and talked with a few officers who told me stories of the horrific scenes they had worked in the past. On more than a few occasions, they were called to spots in the woods where evidence of rituals, or other sick types of gatherings, had taken place. Sadly, the evidence usually included the remains of one or more black cats.

I even found some locals who had concerns about the holiday. I talked to a family who had 3 black cats that were very protective of their home and pets around Halloween.

So, I wrote the story, mostly as a warning to all who have black cats but also as encouragement to all who love cats to adopt a black cat.

Coincidentally, this came at a time when I was feeling rather lonely in my bachelor life. Being a news photographer provided hectic and unpredictable hours – no time for a dog. But my friends suggested that perhaps a cat might fit into my schedule a little better.

So I went back to the Humane Society and asked for a black cat. They took me into the cat room and pointed into a kennel where a tiny black ball with large glowing yellow/green eyes was cowering in the corner. I reached in, pulled her out, and was promptly swatted in the face.

I immediately adopted her.

I rarely saw her for the first couple weeks as she hid under my couch. She soon warmed to me and began to venture out from the couch. Finally, one night while I was lying in bed, she jumped to my pillow and gave me The Head Butt. Any cat owner knows that’s the ultimate gesture of friendship and love.

A year later, Zelda and I left Myrtle Beach for New York City. A few years after that, we traveled across country to live in San Francisco, then we trekked to live in Santa Fe. About three years ago, we moved back to my home town of Pittsburgh.

And after 17 years together, I had to say goodbye to my sweet pea a couple winters ago.

She was my best friend, my confidant, and a constant in my life. I could write a book about our adventures together. She was the perfect creature who brought me nothing but happiness and joy.

Was I lucky that I adopted a black cat? Absolutely, unequivocal, and with-out-a-doubt YES!

This entry was posted in adopt a cat month, black cats, By Jeff Geissler, cat, cats. Bookmark the permalink.