Must Love Dogs: A Valentine’s Tradition 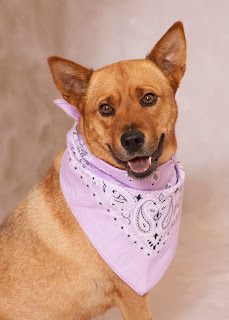 Guest Blogger: Jeff Geissler
Must Love Dogs has become a Valentines day tradition for me. For the second year in a row I joined in on Animal Friends’ speed dating event in search of romance.
I was better prepared this year. That morning I slipped on my Homer Simpson Boxer shorts, and pulled up some rather goofy but lovable wool socks my mom knitted. That way, I could feel the power of two of my favorite people underneath my nervous presence.
Unlike last year, I brought a dog. I don’t have one, but I love them. It’s just that I have cats that do not like dogs. So before the event I went to the dog kennels to find a “wingman,” a proverbial person, or dog, who’ll assist me with the task at hand. Casey, a plus-sized Beagle mix with a powerful pull and bright smile, volunteered for the duty.
When Casey and I entered the room of romantics, I was instantly struck by how easy dogs have it. Their first introduction involves sniffing each others’ behinds.  I’m not sure how effective this is, or what is actually happening, but I do know that if I followed Casey’s lead on my human counterparts I’d probably be tarred and feathered.
Now for our mission – Casey and I had to meet 20 ladies for three and a half minutes each. That’s 70 minutes of awkward introductions and nervous chit chat.
Christy, my co-worker who organized the event, stepped up and asked the ten men to sit on the inside of a group of tables set in a square. A lady would sit opposite of the men and talk until Christy blew a whistle, signaling the women to move to the next suitor.
Most meetings were pleasant and easy-going. I think we all knew how unconventional this form of dating is, so it was okay to feel uneasy.
But I have to admit, some introductions were quickly followed by moments of extreme awkwardness. We would quickly fall into that void of nothing in common to talk about. I cannot describe how long three and a half minutes can feel. It’s almost like we would enter an undiscovered time dimension where seconds are elongated into minutes. I need to call Bill Nye the Science Guy about this.
Anyway, it was fun and different. I didn’t make any connections – again – but my dear sweet co-worker Gerry gave me some encouragement.
“Third time’s a charm,” she giggled.
So I’ll be the first to sign up for Must Love Dogs 2014.
This entry was posted in By Jeff Geissler, love, must love dogs, valentines. Bookmark the permalink.

“Awesome staff – they take great care of the animals and go above and beyond for veterans.”