Mourning A Pet Isn’t What It Used To Be 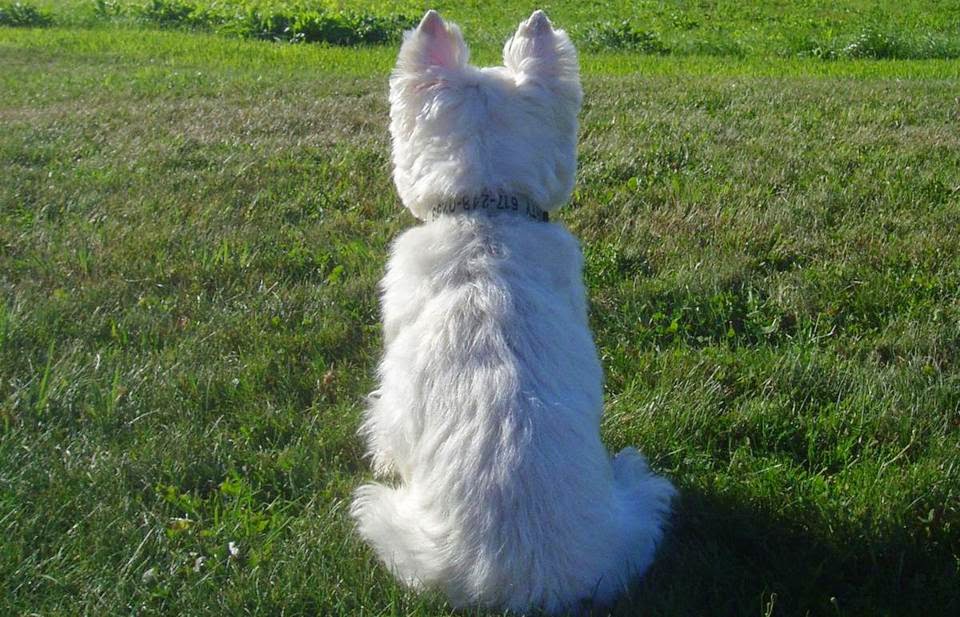 A close family member died in June and, as winter approaches, I still can’t shake the grief. I brim over with tears in a flash; I search for his face on streets and in parks we used to go; I keep his belongings scattered around the house. I grapple with the fact he’s gone forever after 16 years of daily companionship. I miss my dog Shorty so much.

I guess some shrewder wag might advise me to get a life. My West Highland terrier was just a dog after all. Find another. There are bigger worries in the world. But few rattle me as deeply as Shorty’s passing.

Many who have loved and lost animals share this pain. Heartache over a deceased pet has become more openly expressed and more socially acceptable — particularly as the definition of “family” has expanded beyond mom, dad, and 2.5 kids.

Hallmark, the greeting card company that tracks our sentimental occasions, produces a burgeoning pet sympathy line. “There has been a growing consumer demand for cards offering condolences for the loss of a pet, reflecting the fact that Americans often view pets as members of the family,” says Hallmark spokeswoman Jaci Twidwell in an e-mail.

Those who work closely with grieving pet owners say they also see a change in public expression. The Animal Rescue League’s Mike Thomas, the supervisor of the Pine Ridge Pet Cemetery in Dedham, says people once buried their animals or visited the graves with the hope no one recognized them.

“When I first started here, people looked over their shoulder and they seemed kind of embarrassed with what they were doing, but today it’s altogether different,” he says.

Thomas has worked at Pine Ridge for 44 years. He’s witnessed a lot of heartbreak expressed with fervor or contained with stoicism. He remembers one mourner who lay on the ground and wailed for about 15 minutes. “I thought I was going to have to carry her back to the office,” he recalls.

‘I know I’ve come to the right place when people meet me at the door in tears.’ Betsy Johnson, veterinarian

On an autumn morning at the pet cemetery, there is no keening but many reminders of recent visits. A small pumpkin sits on the grave of “Tanya,” which reads, “1972 to 1978, once upon a time there was a very shaggy dog.” The marker for “Buttons Bernstein” features both a Star of David and a Christian cross. Perhaps the most eloquent stone belongs to “Dewey, 1898 to 1910. He was only a cat but he was human enough to be a great comfort in hours of loneliness and pain.”

Thomas hasn’t counted how many mortal pet remains are interred at Pine Ridge. He estimates 20,000 since the cemetery opened in 1907.

If there’s odd reassurance in the outdoor sanctuary of repose, the Rev. Eliza Blanchard’s pet loss circles offer non-denominational support. Blanchard, a Unitarian Universalist, describes her ministry as “spiritual care for animal caregivers.” At a pet loss circle, bereaved humans of all ages have a chance to openly remember their fallen four-footed companions. The next gathering is Dec. 7 at 7 p.m. at First Parish in Brookline.

Blanchard believes the growing candor in mourning an animal started with the baby boom generation, that insistent demographic bulge: “We’ve never been a generation to keep our needs and desires under a bushel.”

She suggests boomers “brought animals closer to our domestic life.” Whereas the family dog or cat once wandered far afield during the day — and slept outside or in the garage at night — today’s pet occupies the heart of the home. “So when they get sick and die, we witness the suffering of our animals at home.”

Such was the case with Shorty. During the last months of his life, he was in Angell Animal Medical Center twice. The diagnoses varied from liver disease to chicken allergy to swollen gall bladder. As I moped and hoped for a cure, Ben, my partner who also loved Shorty greatly, would put it to me bluntly: “Look, he’s an old dog. He’s been failing for a long time.”

Finally, when our old dog stopped eating for days, I had to make the dreaded call to a veterinarian who came to our house to put Shorty out of his misery. “I know I’ve come to the right place,” says Dr. Betsy Johnson of Lincoln, “when people meet me at the door in tears.” Thus we greeted this vet on a mournful mission.

Shorty died in Ben’s lap wrapped in a favorite blanket. His death mask appeared to be a smile. I said my final goodbye as Ben carried the body out to Johnson’s truck. I worried neighbors would see the corpse but a woman who had recently moved in next door provided a perfect grace note. She happened to walk by and immediately assessed the situation. Putting her hand on Ben’s arm, she said, “I am so sorry.” That simple affirmation from a stranger provided unexpectedly soothing balm.

When I recently met Johnson at the local Starbucks for an interview, I barely recognized her, having met just once while in extremis. She has a calm demeanor and speaks softly about the pet grief she has witnessed and known herself.

“I’ve got personal experience with my own dogs. I’ve done a lot of reading about it,” she says. “I see a lot of people who are dealing with grief.”

She describes the anguish of losing Fritz, her smart Doberman mix — who would nudge her shoulder from the back seat whenever he spied the McDonald’s golden arches — at a dicey time when her family life was in tumult. “I felt I could lose the house but not my dog. And a year later, I lose my dog. It was like my world tumbled down. It was far worse than anything else I had been through.”

Many callers to the Tufts University Pet Loss Support Hotline (508-839-7966) wrestle with the guilt of feeling worse about a pet’s death than a human relative’s. Dr. Claire Sharp, the professor at Tufts’ Cummings School of Veterinary Medicine who supervises volunteer first-year students staffing the hot line, believes heartache is profound because pets transcend family fractures and everyday vagaries.

“Pets are there for us through everything,” she said. “Having a pet often makes our lives immediately better.”

Yet, the end of life for a pet can cause deep rifts, provoking arguments about costs and inconveniences of treatment or timing of euthanasia. Pet Loss Hotline students meet regularly with a mental health professional to assess their counseling skills. Ultimately, the callers mainly seek affirmation they did the right thing for their deceased animals.

“It’s hard to rush grief along,” says Sharp. “When people realize they’re not alone and they made the right decision at the time, there’s reassurance.”

Before Shorty, I didn’t like animals. I avoided and distrusted them. I was that griper on my condominium board who complained about the dogs. Now, I wonder how I can ever live without one.

“No, you don’t have to feel embarrassed,” says Johnson. “Losing a pet is as strong as losing a mother, a brother, a spouse. I think the tough part is having people say, ‘Oh, it’s just a dog.’ ”

Monica Collins writes the syndicated column, “Ask Dog Lady.” She can be reached at askdoglady@gmail.com.

Animal Friends offers pet loss support to those who are grieving the loss of a furry family member. In addition to monthly, non-denominational Candlelight Remembrance Services, and a Pet Loss Support Group, we offer reading materials online and ways to memorialize the love you have for your pet.  Please visit our website.