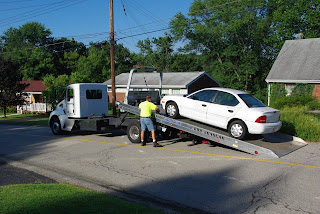 Guest Blogger: Maria Briski, Animal Friends’ Communications Team
Yes it had peeling paint, the brakes were a bit wonky and the gas needed to be applied just so or it would stall out, but it was my car. And it wasn’t just any car, it was my first car.
It was the 1996 Dodge Neon with the awful white hubcaps and the smiling grill that I bought used in 2002 with my own money from my first “real” job after graduation. It served me well, shuttling me back and forth to work and chauffeuring me on the occasional road trip. It was a good car, and the fact that I had it for so long was a symbol of pride for me, a testament to my near death-defying frugality. When teased for having such an unhip ride, I joked that I was hoping to keep the car until its 16th birthday, where I thought it would start to drive itself. In the nearly 10 years that we were together, my car only broke down once. Yes, parts would fall off, but it would still run, always eager to please.

But recently, I knew that it was Time. After spending a few lonely months in my driveway, undriven, tires sagging, wheel wells home only to spiders, my car needed to find a new home. But where? Yes, I could push-pull-tow it to a dealer coming away unsatisfied with maybe $100, feeling that I’d somehow betrayed my little friend.

No, my car was better than that. It deserved more.

Through volunteering at Animal Friends I learned of their car donation program, carried out in a partnership with Goodwill. This was perfect! Goodwill would auction off my car at one of their twice-monthly auctions in Westmoreland County, with the majority of proceeds given to Animal Friends. To donate the car, all I needed to do was complete a form and send it to the Development Coordinator at Animal Friends. Goodwill would then call me to arrange a free tow and title transfer. After finding out how easy it was to donate, I eagerly filled out the paperwork and in less than two weeks I had a pick-up date for my car.

Today was the pick-up day. As my car rumbled away on the Goodwill flatbed, I cried a little. I’ll admit it. But I was comforted in knowing that the auction proceeds would be making a difference, helping Animal Friends give deserving animals a second chance and advancing the organization’s mission of ensuring the well being of companion animals. And who knows, maybe it could even mean a second chance for my first car. 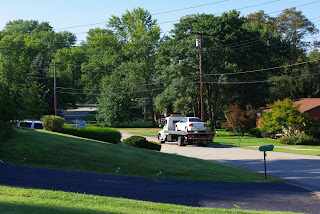 This entry was posted in By Maria Briski, car donations, donate. Bookmark the permalink.